Give your IT operations a speed bump without sacrificing reliability by purchasing a refurbished IBM z10 BC mainframe for sale through Top Gun Technology. This unit packs a punch with the power to process and analyze massive amounts of data. Take full advantage your used IBM z10 BC by utilizing cutting edge cloud platforms that integrate cloud and data center.

The 2098 IBM System z10 Business Class (z10 BC) delivers innovative technologies for small and medium enterprises that give you a whole new world of capabilities to run modern applications. Ideally suited as the cornerstone of your new enterprise data center, this competitively priced server delivers unparalleled qualities of service to help manage growth and reduce cost and risk in your business.

The IBM System z10 BC is a world-class enterprise server built on the inherent strengths of the IBM System z platform. It is designed to deliver new technologies and virtualization that provide improvements in price/performance for key new workloads. The System z10 BC further extends System z leadership in key capabilities with the delivery of granular growth options, business-class consolidation, improved security and availability to reduce risk, and just-in-time capacity deployment helping to respond to changing business requirements. Whether you want to deploy new applications quickly, grow your business without growing IT costs or consolidate your infrastructure for reduced complexity, look no further – z Can Do IT. The System z10 BC delivers:

Any z890 and any z9 BC model can be upgraded to a z10 BC. The z10 BC can also be upgraded to the high-end z10 EC Model E12. All of these upgrades are disruptive. Provided sufficient uncharacterized PUs are available, upgrades within the z10 BC (that is, by changing the capacity setting of CPs or by adding CPs, IFLs, zAAPs, zIIPs, ICFs, or SAPs) are nondisruptive. 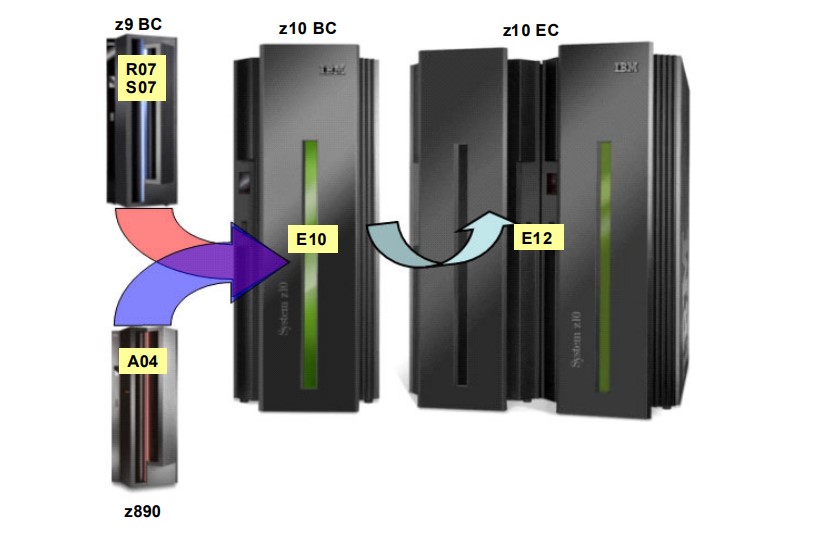 The z10 BC further extends the leadership of System z by delivering expanded granularity and optimized scalability for growth, enriched virtualization technology for consolidation of distributed workloads, improved availability and security to help increase business resiliency, and just-in-time management of resources. The z10 BC is at the core of the enhanced System z platform and is the new face of System z.

In the area of server availability, enhancements have been engineered into the z10 BC to help eliminate unwanted down time. For example, preplanning requirements are minimized by delivering a fixed, reserved Hardware System Area (HSA) that enables dynamic creation of logical partitions, including logical channel subsystems, subchannel sets, and devices, using dynamic I/O without preplanning. Additionally, new capabilities are intended to allow you to dynamically change logical processor definitions and cryptographic co-processor definitions for a logical partition without requiring the logical partition to be deactivated and re-activated.

Further improvement to availability and flexibility is achieved with just-in-time deployment of capacity resources designed to dynamically change capacity when business requirements change. You are no longer limited by one offering configuration; instead one or more flexible configurations can be defined that can be used to solve multiple temporary situations. You can choose from multiple configurations and the configurations themselves are flexible so you can activate only what is needed from your defined configuration. Another significant change is the ability to add permanent capacity to the server when you are in a temporary state. These z10 BC enhancements are designed to allow you to take advantage of the technology helping to provide on-demand capacity more effectively. There are new terms governing System z Capacity Back Up (CBU) now available which allow customers to execute production workload on a CBU Upgrade during a CBU Test.

The IBM System z10 Business Class – A total systems approach to deliver leadership in enterprise computing: With a total systems approach designed to deploy innovative technologies, IBM System z introduces the z10 BC, supporting z/Architecture, and offering the highest levels of reliability, availability, scalability, clustering, and virtualization. The z10 BC just-in-time deployment of capacity allows improved flexibility and administration, and the ability to enable changes as they happen. The expanded scalability on the z10 BC facilitates growth and large-scale consolidation. The z10 BC is designed to provide: 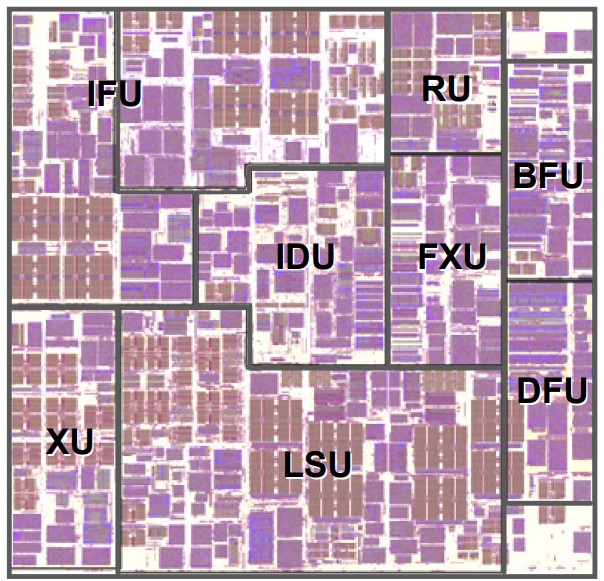 Each processing unit (PU) chip is a four-core (quad-core) chip. Each of the four PU SCMs contains one PU chip. Three of the four cores (PUs) are active, making 12 PUs available on the z10 BC. Two of the 12 PUs are designated SAPs. The remaining 10 PUs may be characterized for customer use. No designated spares are available.

The L2 cache interface (L2 Intf) is shared by all four cores. The memory controller (MC) function controls access to memory. GX indicates the I/O bus controller that controls the interface to the host channel adapters accessing the I/O. The chip controls traffic between the microprocessors (cores), memory, I/O, and the L2 cache on the SC chips.

Each PU has a 192 KB on-chip Level 1 cache (L1) that is split into a 64 KB L1 cache for instructions (I-cache) and a 128 KB L1 cache for data (D-cache). A second level on chip cache, the L1.5 cache, has a size of 3 MB per PU. The two levels on chip cache structure are necessary to optimize performance so that it is tuned to the high-frequency properties of each of the microprocessors (cores). 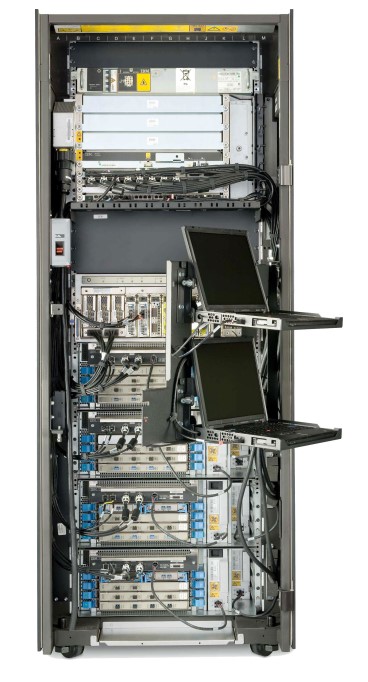 In the IBM world, engineers possessing the skills capable of the highest expertise are recognized as “top guns.” Top Gun is internationally recognized as a top performer for IBM Z maintenance and support for enterprise-critical hardware within the data center.  Top Gun maintenance support for IBM Z helps you avoid problems before they happen. Our highly skilled IBM Z engineers act as an extension of your IT staff, problems are resolved quickly, improving your system availability, and productivity. 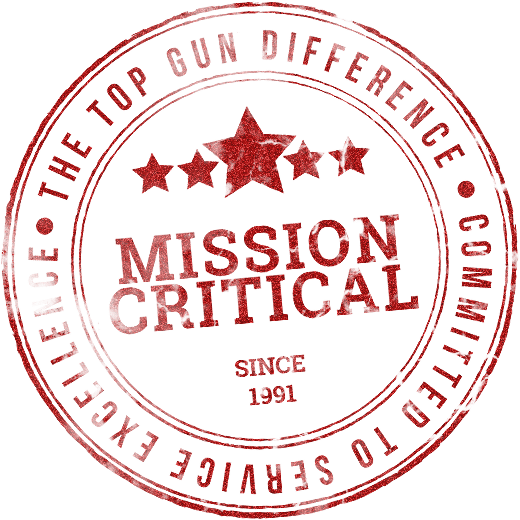